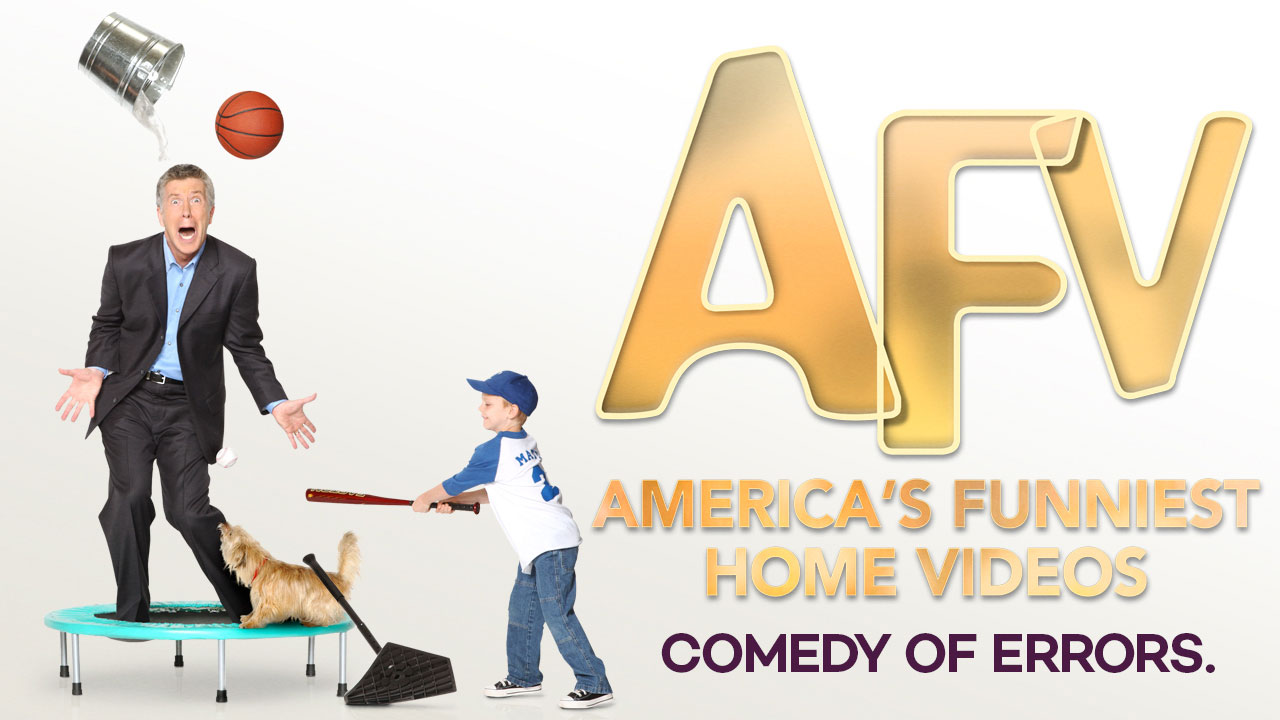 On the final $100,000 award show of the season, video contenders include “Darth Dader,” two kids staging a battle scene from their favorite movie series; “Dog Sniff Snub,” puppy love with two Shiitsus; “Woozy Woman,” a woman under the influence after having four wisdom teeth removed; “Speechless Sweet Tooth,” a little kid with a cute plea for candy at a Sunday service; and “Boogie Baby,” in which a baby mimics a dancing doll.

Mr. Write – Throw The Book At Him

Hopeless Romantic – Going To the Matt

Fall In Love With Exclusive Movies Every Day on UPtv!

Brimming With Love – Behind The Scenes

Brimming With Love – Love Is Brewing

The Wedding Do Over – Behind The Scenes

The Wedding Do Over – Quite The Jam

The Wedding Do Over – There’s No Place Like Home

The Wedding Do Over – Movie Preview

A hidden camera revealing a dog stealing bread from a toaster; a dog who waits every day for the ice cream truck to arrive (and to gobble down his daily ice cream cone); an office prank with a remote controlled spider; a man cutting down a tree — which lands on his house; a salute to Florida, with clips collected from all over the Sunshine State; and a clip montage of people getting sprayed in the face by a faucet prank.

Highlights include a musical montage featuring cats; a dog having a funny reaction when someone suggests he take a bath; a salute to stupidity with a package of clips featuring mishaps due to some not-so-bright ideas; a teenage boy having his eyebrows plucked who freaks out when he realizes he’s being taped.

Highlights include clips of daredevils doing stunts that go wrong, a mom discovering that her kids have painted themselves and the bathroom, and a clip package of people waking each other up in hilarious ways.

Highlights include a man who pulls a prank on his girlfriend with a fake proposal — but who really proposes in the end — practical jokes and videos of people sleeping in funny ways. This week’s state spotlight is on Kentucky, with a clip package of videos submitted from viewers in the Bluegrass State.

Highlights include pint-sized pooches and the hilarious things they do, wedding mishaps, animals who can talk and kids saying the funniest things. This week’s state spotlight: Clips submitted from deep in the heart of Texas

Highlights include videos of a squirrel picking a fight with a deer, dogs trying to prevent a woman from leaving work, exercise mishaps, and babies having funny reactions to food. This week’s state spotlight is on Georgia.

With the first $100,000 prize of the season to be awarded, here are the videos in the running: “Hidden Honkers,” a car alarm prank; “U Don’t Know Uvulas,” a little girl with a smarty pants vocabulary; “Ballpark Promise,” a Dodger fan catching a ball; “Laser Chasers,” a Great Dane and a little boy chasing a laser pointer; “Soda Bottle Blowout,” a kid’s science experiment having explosive results; and “Boohoo in the Loo,” a little boy pitching a dramatic fit in the bathroom.

Clips in this holiday episode include a kid with a seemingly endless Christmas list that he recites to a poor Santa in a department store, and a little boy who tricks his mom into looking away so he can steal the cookies left for Santa.

Clips include unusual sneezes, golf mishaps and a cat who jumps on to a counter to attack a freshly baked cake. Also, a salute to the “Land of 10,000 Lakes,” with clips submitted from Minnesota.

“Muppetpalooza” episode features guest appearances from Miss Piggy, Kermit and other favorites. Clips in this episode include what happens when a dog really does eat one girl’s homework, wedding mishaps, kitchen disasters and a not-so-bright canine who tries to find the cat whose image appears on a computer laptop.

Clips include one little boy’s hilarious toast at a wedding, funny reactions from people learning that their loved ones are pregnant, a Beluga whale that tries to get a boy’s cookie, and practical jokes.

Clips include a Grizzly bear that tries to steal a fisherman’s catch, only to be then challenged by a bigger Grizzly; a musical montage of birds attacking people, and a cat giving a dog a massage.

The Waterhorse and the Waterworks

Six previous winners compete for a $100,000 prize. Clips include “The Waterhorse and the Waterworks,” a little boy having an emotional reaction to a movie; “Talking Before Take-off,” a little girl’s reaction to an amusement park ride; “Barking Through the Blinds,” a curious Labrador becoming entangled in some discarded window blinds; “The Great Escape,” a daring Chihuahua making an escape from a utility room

Clips include kids saying the funniest things, a dreaming puppy that runs in its sleep and a musical montage of fishing mishaps. This week’s video salute is to the Evergreen State, with videos submitted from or taking place in Washington.

Videos include a dog that tears apart a kid’s Halloween costume (while the kid is still wearing it), a firefighter’s prank on a fellow firefighter, a fake rat in the kitchen cabinet, and a woman saying silly things after a trip to the dentist (on laughing gas). This week’s video salute is to the Badger State, with videos submitted from or taking place in Wisconsin.

Videos include practical jokes — including a man scared by a fake bug running across the kitchen — a video package of dogs that make unusual noises, skydiving mishaps, a woman calling the police to get rid of a big spider and a grandma who’s a real pinball wizard

Clips include people getting excited over fake lotto tickets, plus pet pranks — including two dogs who are threatened by a photo of a cat, a man who has trained his dog to fetch him a beer from the fridge, and kids who chase and terrify their dad with a dead bat.

Videos include a package of Easter mishaps, including an elk that finds Easter eggs kids didn’t. This week’s video salute is to the Garden State

Videos include an incredibly brave dog chasing a mountain lion up a tree. Also: A musical montage of cats and dogs sparring; video of a snoring bulldog who wakes up at the smell of sausage, and a woman’s impromptu dancing at a restaurant lands her on her butt.

On the final $100,000 award show of the season, video contenders include “Darth Dader,” two kids staging a battle scene from their favorite movie series; “Dog Sniff Snub,” puppy love with two Shiitsus; “Woozy Woman,” a woman under the influence after having four wisdom teeth removed; “Speechless Sweet Tooth,” a little kid with a cute plea for candy at a Sunday service; and “Boogie Baby,” in which a baby mimics a dancing doll.

Competing for the Grand Prize

This season’s three $100,000 prize winners compete for the Grand Prize. The final three videos are “Laser Chasers,” featuring a Great Dane and a toddler who are equally obsessed with a laser pointer; “Boogie Baby,” with a baby rocking out with a musical doll; and “The Great Escape,” in which Junior the Chihuahua leads an escape from the utility room.

20 Videos That Changed the World

Part one of a two-part “America’s Funniest Home Videos” series — “the 20 videos that changed the world!” – features the funniest and most unique videos the show has received in its two decades on television.

Top Video That Changed the World

In part two of a two-part “America’s Funniest Home Videos” series — the top video “that changed the world” – the funniest, the strangest, most unusual video the show has received in its two decades on television is revealed.

We'll never share your email address and you can opt out any time.